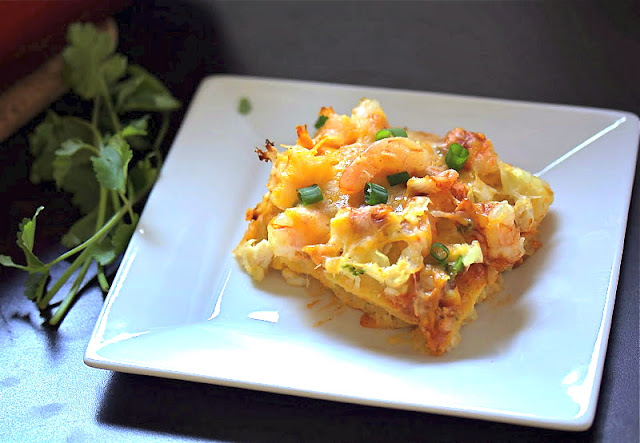 The other day I mentioned how I was working on some recipes and all I could think about were Pioneer Woman’s Cinnamon Rolls.
Well….. I was also thinking about crab and shrimp. Not quite sure how cinnamon rolls, crab and shrimp can run through my head in the same thoughts but they did.
In fact I made three recipes using these ingredients and decided that I should probably narrow it down to just two so that you don’t get an overload this month. I know that some of you don’t like seafood but don’t get scared by this recipe just simply substitute it for cooked chicken or fajita meat.
We can’t get enough of casserole dishes. Especially when you come home from a hard day at work and don’t want to do anything including cook. So, now you can pour yourself a glass of wine or pop open a beer and get this reheated and enjoy your night!
Enjoy! 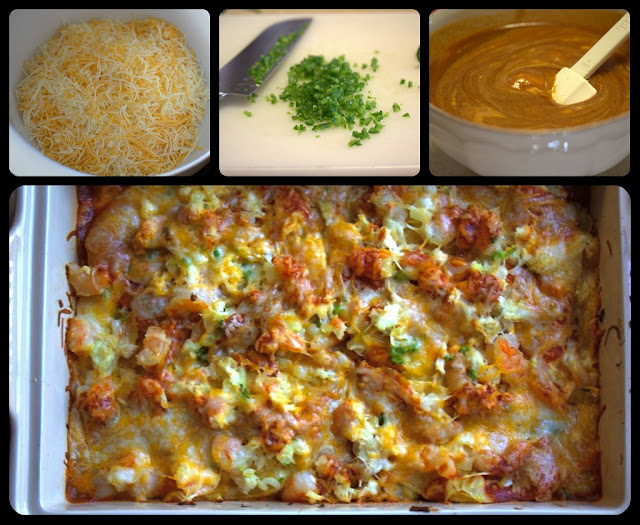 Shrimp-Crab Layered Enchilada
Servings: 6-8
Ingredients:
1 Tbsp olive oil
1 lb. shrimp, peeled and deveined (cut in half)
8 oz. crab chopped or shredded
1 15oz. can enchilada sauce
2 Tbsp light sour cream
1 yellow onion, diced
1 jalapeno, de-seed and deveined
3/4 cup monterey jack cheese, shredded
3/4 cup mozzarella cheese, shredded
3/4 cup cheddar cheese, shredded
10 corn tortillas
Preparation:
Preheat oven to 350 degrees
In a large saute pan over medium heat add a small amount of olive oil
Add the onions and cook for about 10 minutes stirring frequently
Then add in the shrimp and cook until shrimp are a pink color and remove from heat and stir in crab meat
Combine all cheeses into one large bowl
In a small bowl add the enchilada sauce and sour cream and stir so that its well mixed
In large dutch oven or casserole dish add 1/4 cup of the enchilada sauce
Then spread out 3 corn tortillas and then top with 1 cup of shrimp, crab and onions, a dash of jalapeño, 1/2 cup enchilada sauce, 3/4 cup of cheese
Top with corn tortillas and repeat with the steps above two more layers and you should end up with the sauce and cheese on the top
Bake for 30 minutes or until cheese is melted and then serve with cilantro and green onions